Paul McCusker "moving on" from Focus

by Packers
No, but many want a faith that is physical and not spiritual. Works are vital to our salvation but not works that help others and works in that order. In our faith we have to call out to God(which is a work) but if we don't our faith is dead, because we then don't have a faith. that's where many Catholics stumble. And your last question is that no one is good but God, its whether we are faithful.

by Gooey98
Guys. If you're going to have a catholism debate, make a thread for it. Don't have it here. (or maybe an admin could just move it to a new thread)

by Pound Foolish
Why thank you Evil Twin and Madame Carnivore. I know you weren't defending me specifically, but I'm touched.

I should clarify despite what Tiger said with best intentions, we all try to adhere to our doctrines. But, there is no doctrine saying we go to Heaven because of works. It's like this. Humans have the gift of free will, which can't just vanish after you die. Therefor, you can choose to either to go to Heaven or Hell. If when you die, you've been being good recently, you will be more likely to find the idea of an eternity focusing on God appealing. Whereas, if you sinned recently (sin by definition means you chose something worldly over God) you are less likely to choose Heaven. Does that make sense?

So. Paul McCusker. My reaction: 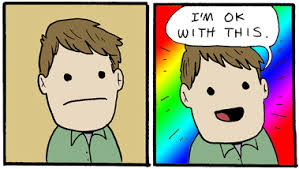 I'm terribly sad to Paul go. He is one of the best things to happen to show. Right from the beginning, literally, his episodes have been some of the most reliable to provide a solid time and the occasional knockout episode. But the aio team isn't known for collapsing and moaning when change comes. They're known for rising to the challenge. Who knows what'll happen, where this will lead. I'm loving the relaunch, but we can all agree there's room for improvement. Things may be bumpy for a time, but that improvement might be in sight.

by Bren
In terms of the position, you also have to keep in mind that Paul McCusker did more than just AIO. He also worked on Radio Theatre and I think some other projects as well. Neither Phil or Marshall are in the Springs.

by GJFH
Well, I just recently met an older man who looks and sounds distinctly like Paul McCusker.
I feel like that was the point in which I realised how Paul had helped to impact my thinking. Then I went home and listened to the entire behind the scenes segment of Novacom...things might not be the same though there's still aspects and characters I find to be entertaining. Time to move on.
All times are UTC-04:00
Page 2 of 2