Random things that make you think of AiO

The Front Counter is the main place for general Adventures in Odyssey discussions. Grab a Loc-Kno-Stra-Mal, and talk it up!
Post Reply
265 posts

Usually when I'm in my car and I see 8:00 times, I'll think of episode numbers. Maybe that's just how my mind works...?
Top

As a gas station cashier I interact with a lot of people coming and going from their jobs. Sometimes the uniform has a nametag. I looked up from one such interaction this past week to find out I was ringing up Whit and it made me smile.

I feel like I've said this at some point on here, but too much of my high school life is exactly like Connie's was. I started working at a frozen yogurt shop a little before I turned sixteen. My boss is an amazing Christian woman. She's basically a female Whit and it's kind of the best. Except she doesn't know how to use a computer and I don't think she was a secret agent. She was a missionary though. Anyway, she's super social and quite a few people who come in know her. She makes a really personal connection. It's so cool. My most frequent co-worker is a no-it-all, things must be this way, type of nerd. We do not get along very well. (Okay, that sounds like I hate him. I don't. He's a fine person. We just have clashing personalities.) What else? I ended my first relationship probably around the same age Connie did, for the same reason. So there ya go. Perhaps I'll have to help out with a mayoral campaign before I graduate... ooo or date a secret agent. That sounds pretty cool.
"Let me get this straight. I bet all those non-friends of yours try to embarrass you about your love for that stuff, right? So, you almost feel like you have to hide your treasures away and can only take them out in secret on rainy days when your mom goes to the store to get more liver and nobody is around to berate your sensitive spirit. Is that what you’re saying?" -Jay Smouse
Top

I was watching a youtube video from the Bluebell Railway in England, and carved into one of the wooden benches was the name "Wootton Bassett" (It was carved in like one of those wooden national park signs). That night I was watching a tv show online (can't remember what, sorry) and one of the producers was John Whittaker. lastly, the scene in the ties that bind where Penny is at Wooton's comic book signing kind of reminded me of Bernadette from the big bang theory, especially the way Penny is talking normally an then suddenly says 'NEXT!', before going back to he normal voice, it just seem like something Bernadette would do when she's trying to hurry someone up like Penny was. I thought that was hilarious.
Top

I dunno how many of y'all watch Studio C/JK Studios, but today Stacey Harkey, one of the original 10 members, posted this picture on his Instagram: 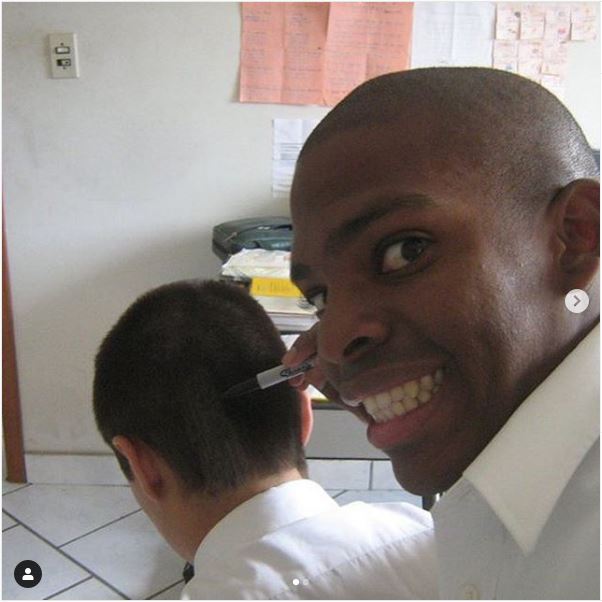 
Throw back Thursday to that one time on my LDS mission in Brazil where I was cutting my companions hair and the clip fell off resulting in a deep, shaved groove in his head. To solve the problem we took a sharpie and ‘filled it in’ AND IT WORKED (kind of). Soon after the Mission President banned haircuts from non- professionals. My bad Elder Dulin! #StaceyStoryTime #GoodTimes #tbt)

"Why does Connie shower all of the time?" ~CGM_Games
Top
Post Reply
265 posts